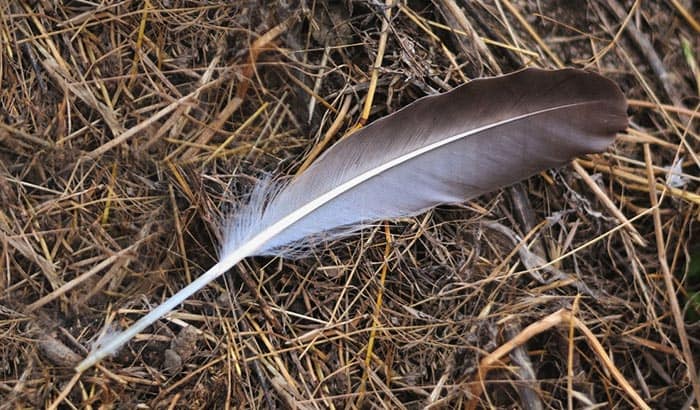 There are two main types of bird feathers, including pennaceous and down feathers. In detail, pennaceous or vaned feathers cover the bird’s body to show its shape and colors. On the other hand, down feathers are underneath contour feathers and keep the bird warm.

Birds can lose features due to molting, plucking, or because harsh weather like rain or snow storms wear them down and damage them. Whichever the feather part is lost, it will take quite some time for them to grow back. And, it is possible only if the skin underneath is not hurt too badly.

Do Feathers on Birds Grow Back?

Feathers help birds fly and allow them to stay warm during cold weather months. It acts as a cover to protect birds’ bodies from injury while flying through sharp branches or other objects present in their natural environment.

Birds have even been found to use feathers to defend themselves against predators by fluffing up the feathers on their chest when threatened. With that, it appears much larger than the actual size, allowing nearby animals to realize that this bird would be far too difficult for them to take down.

Therefore, it is important for birds to grow back their feathers.

How Long Does it Take for Bird Feathers to Grow Back? 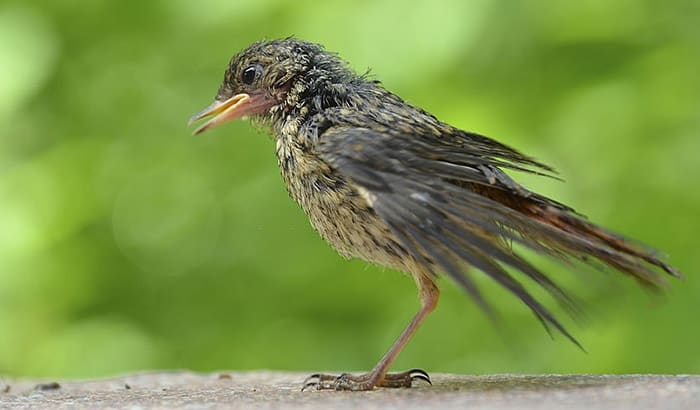 During certain times of the year, it may take just days for an individual bird’s feathers to fully regrow. Meanwhile, in other times, it requires entire seasons before all replacement feathers have been restored on a bird’s body.

The fact that each type of bird has different needs for growing its own set of feathers means that some feathers can grow back faster than others.

For example, feathers that fall off the head and neck regions may grow back more quickly than feathers on a bird’s wing or tail. It is because these areas are less important for flight once they’ve fallen out.

Why do Birds Pluck Their Feathers?

No matter the cause, consult with an avian veterinarian if you notice your bird excessively plucking its feathers. Since there could be an underlying medical condition causing this behavior, make sure you pay attention to your pets’ weird behaviors.

How to Stop a Bird from Plucking its Feathers?

Feathers can be a source of frustration for bird owners. Birds often pluck their feathers as a way to groom themselves, but when it becomes excessive, it can be a sign that something is wrong.

Here are several ways to help stop your bird from plucking its feathers:

Birds shed their feathers to regulate their body temperature and to maintain healthy plumage. Feathers grow back, but it may take months for the new feather shafts to mature enough so that they can be used for flight.

The length of time varies depending on the species; some birds need only weeks while others require up to six months or more before they are able to fly again.