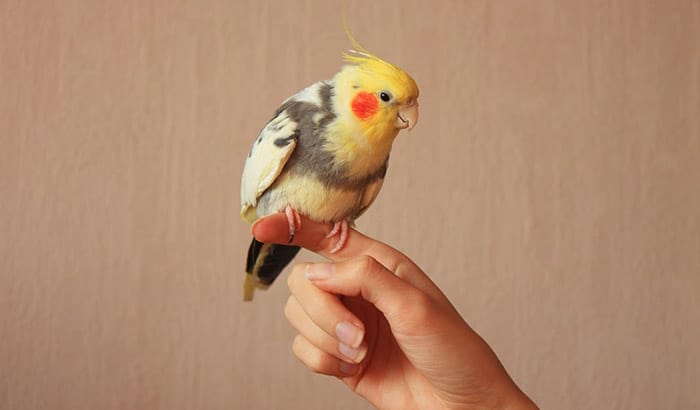 Cockatiels are beautiful birds with slender bodies in gray feathers and white shoulders. Yet, there are several clues, visual and behavior-wise, to distinguish the birds’ sex. If you are curious about ‘what’s the difference between male and female Cockatiels’, check out the information below.

Difference Between Male and Female Cockatiels

Female and male Cockatiels bear many differences that are rather easy to spot, from their physical attributes to behaviors. Let’s see what those clues are:

Both male and female Cockatiels have a yellow head, orange cheeks, white chest, brown back, black tail feathers with yellow tips (visible in flight). We can distinguish them from other species by noticing their gray wings with white bars on the outer edge of the wing’s primary covert feathers (again visible in flight).

To tell them apart from other types of birds, look for these differences in their coloration and physical traits:

Aside from their color patterns, there are several physical differences between male and female Cockatiels.

Vocal is one of the key ways that Cockatiels express themselves. Cockatiel males and females have different vocalizations, making it a helpful clue to distinguish between the sexes.

While the differences in their voices may be subtle, they can be easily distinguished by experienced bird owners.

In general, the two sexes show different behaviors due to their reproductive roles. The activity level of a Cockatiel can also differ depending on their gender.

Male Cockatiels are a bit different than females in terms of personality.

In general, there isn’t too much of a difference between Cockatiel males and females when it comes to personality. They are both lovable birds who love spending time with their humans.

Misconceptions about Male and Female Cockatiels 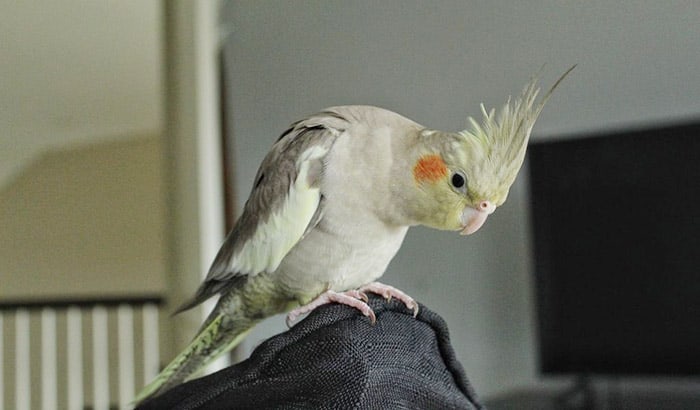 Another misconception is that females are smaller than males when both sexes grow up to be the same size! It might also surprise you to know that the two genders aren’t different sizes until they reach puberty.

The difference between a Cockatiel male and female shows pretty clear in their appearances and habits. A bird’s personality also varies by gender- males can be quite territorial while females tend to be friendlier around other animals.

Still, they are both loving and affectionate animals. If you’re looking for a new pet to bring joy into your life or want to learn more about owning one before making a purchase choice, I hope this post has been helpful.