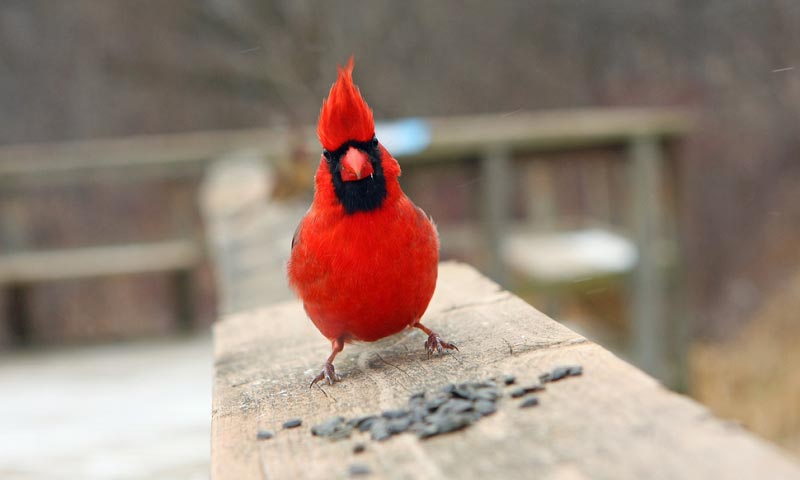 You may be asking yourself the question “what does it mean when you see a cardinal bird?” if you suddenly get a glimpse of this bird personally or a vision of it in your dreams. The red bird or the cardinal bird actually refers to a small and beautiful songbird, which originated from North America.

Familiarizing yourself with what the cardinal bird symbolizes can actually give you some sort of idea about what it actually means when you see one.

Important Facts about the Cardinal Bird 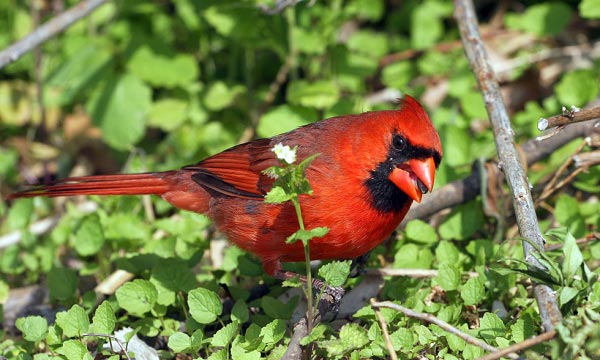 The cardinal refers to a magnificent bird whose lifespan can reach up to fifteen years. Spotting it is easy because of its color. It is a popular bird, which is one of the reasons why non-bird watchers and birdwatchers alike can easily identify it.

Similar to a robin with plumage that features a unique red patch, you can easily associate the cardinal with the winter and Christmas season. The bird also boasts of its cheering and bright color. The presence and appearance of the cardinal the whole year and at the backyard of bird feeders also have a contribution to this specific connection.

The cardinal bird is also known for representing celebration, rejuvenation, hope, health, and joy. People who decided to hold this bird close to them can even be considered as special kinds of people. They are energetic and rare and are among those who are eager to take care and help those who are in need.

Symbolisms of the Cardinal Bird 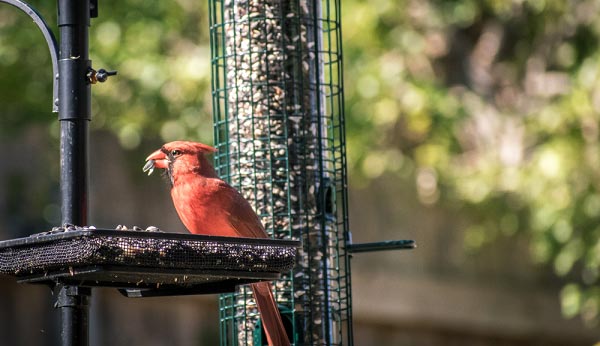 So what does the cardinal bird really mean? If you see one then be aware that some of its symbolism and representations include the following:

Confidence – The cardinal bird represents confidence mainly because this bird is known for being a confident species. The bird knows everything about his own distinctive gifts and talents, which is why you won’t be able to see him being eager to be taken in a light manner.

With that in mind, allow his sacred song to flow naturally through you if you see a cardinal. Let yourself get aligned with the power’s rhythm and begin to have faith and trust in your own power. Start falling in love with yourself, if you are not yet doing so already, then have faith in your ability to achieve personal growth.

Also, take note that every time you see the red bird, this might serve as a reminder for you that you should slow down so you can try getting to know more about yourself. Once you are fully aware of who you are and love everything about yourself then feeling self-assured, confident, and strong will come naturally.

Balance – Another thing that the cardinal represents is the balance. In fact, it is known as a powerful representation of a family. Unlike other species, the family’s father is in charge of nurturing young birds. What is good about father and mother cardinals is that they serve as incredible parents.

You can expect them to live a well-balanced family life, giving both of them the chance to take care of and nurture their kids in turn. Also, rather than leaving young bird species, one of the parents leaves so he can look for food while the other stays at the nest to look after their offspring.

Seeing a cardinal bird, therefore, might serve as a way to remind you about finding life balance. It could be finding the perfect balance between career and family responsibilities. It might also remind you that it is the right time to slow down.

Start reminding yourself that while there is a need for you to work so you can earn and get what you want, it is still important to slow down occasionally and focus on taking care of and looking after yourself.

Once you see a cardinal, take note that this could be a message reminding you to slow down so you can begin reconnecting with your spirituality. Note that the time you spent on the Earth is only limited, so you need to use your time wisely and make sure that you also progress and grow spiritually during this period.

Due to one’s busy and hectic schedule, matters pertaining to spirituality might be difficult to focus on. That said, seeing this bird might remind you that you should focus on all vital aspects of your life and being. You also need to focus on nurturing your spirituality so you can progress and move forward.

Visits from the Other World – A cardinal bird might also signify that you have a visit from another world. It could be your deceased loved one who wishes to let you know that he/she is still around to watch over you. If that’s the case, then your loved one may send a messenger, like the small and brightly-colored bird.

Note that species who have wings are the ones who tend to capture one’s attention the most. This is the main reason why the cardinal is used to grab your attention about the presence of a deceased loved one. If you see a cardinal bird, it would be much better to tune yourself in as this might also give you a clear idea about who sent him.

Your loved one might simply send you a message that he/she is just around to support and guide you. In case you are requesting for guidance from the Universe, the time when you see a cardinal also indicates that the Spirit hears you and gives you the guidance you are asking for. 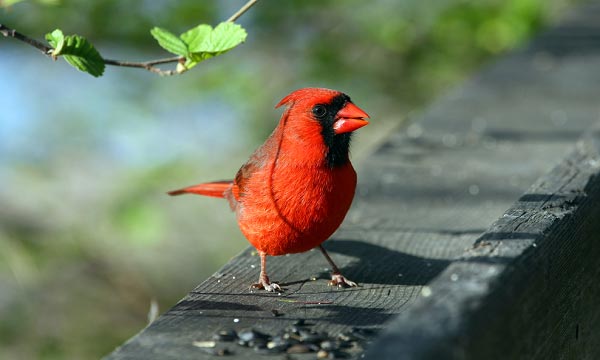 If you have seen the cardinal bird in your dreams then it could be a representation that you have to begin being true to yourself. This means that it is time for you to stop pretending to be someone or something you are clearly not.

The red bird might be sending you a message that you should start letting go of your pretensions and accept yourself for who you are and find joy in it. Also, seeing the cardinal bird in your dream can also be interpreted as a sign that you will be on your way towards dealing with an extremely hectic schedule.

You might be busy with the projects that require your attention so you should start honing your ability to set priorities to accomplish each one. Also, be wary about seeing an odd-colored cardinal bird in your dream. It could be a cardinal, which comes in a color, which is not brown nor red.

In such a case, it could signify that you will be on your way towards having a magical and unusual experience. It might also signify upcoming changes in your life.

There are actually several meanings of seeing a cardinal personally, in your vision, or in your dreams. That’s why you have to know what does it mean when you see a cardinal bird as this will give you an idea about how you should act on it in case this really happens.

13 thoughts on “What Does It Mean When You See a Cardinal Bird?”